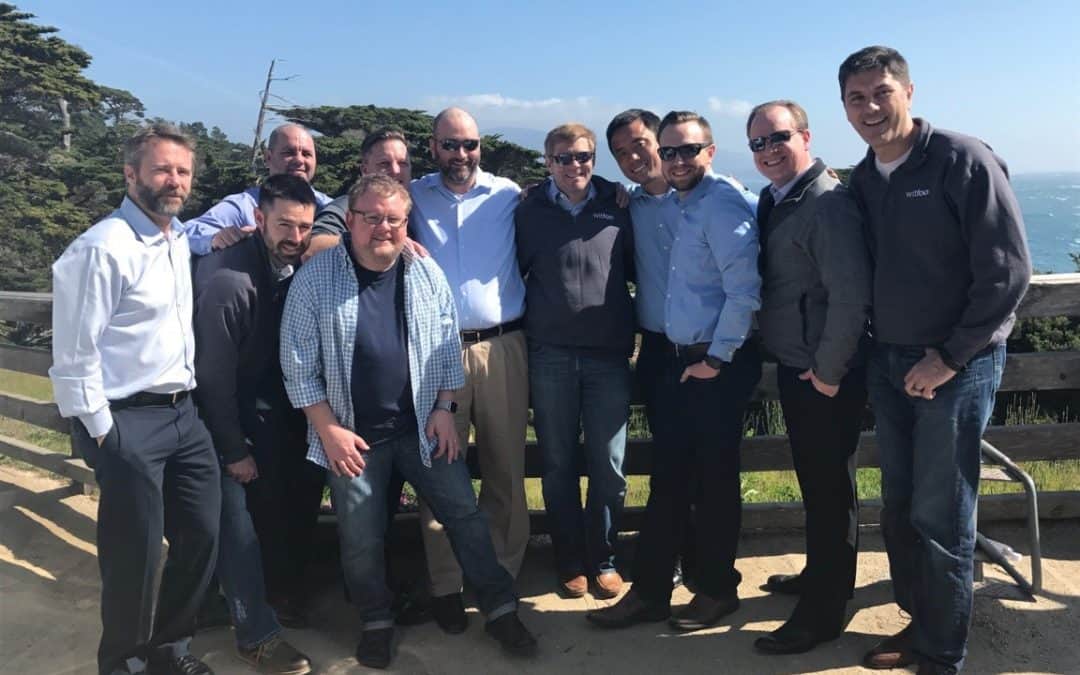 We had our quarterly company-wide meeting this week in Monterey, California.  All of us work remotely at WitFoo so these quarterly meetings are a great way for us to reconnect with and meet new members of the team.  This meeting was both rewarding and breathtaking – not only in the metaphorical sense, but also very much in the literal sphere.

I had never been to Monterey before and this trip far exceeded all my expectations.  I can’t think of any other place more beautiful and serene than the beaches and boardwalks of Monterey after these past three days.  The effects of the city and its surroundings on you will make the most ardent conservative a stern supporter of conservation.  If you ate baby t-bone calf steaks in the past, you’ll want to save kale plants in the future.

Our quarterly meeting this time was a bit different than the meeting we had in December in Chicago.  The entire 2 day event centered on a team building and problem solving exercise.  The company was divided into three groups, with each group focused on tackling, analyzing, and coming up with a detailed plan of how to move forward on a roadblock facing the company.  This was a little different from our previous meeting – where department heads went up one by one and presented long and arduous PowerPoint presentations.

Our goal was to lay out all the obstacles impeding Witfoo and come up with plans to tackle them with input from everyone at Witfoo.  I won’t go into the specifics of what we discussed since it’s probably not wise to post all over the internet every major strategic decision we are going to make in the next 6 months.  More importantly, it just probably wouldn’t make good reading material.  But the decisions we made and the plans we look forward to enacting came to fruition as a result of everyone on our team: from the developers – to the designers – to the money guys.

These are exciting times to be in computer science in general and in information security in particular.  But more than anything, it’s an exciting time to be at WitFoo – to be given the opportunity to stitch together an industry and space that barely existed up until this point – all while doing good for the world and the people in it.  Like the serene winds that originate from the Mariana Trench, blows across the Northern Pacific, and finally reaches the pebble sands of Monterey; change is coming to an industry – its winds will be both cooling and soothing to everyone it hits.